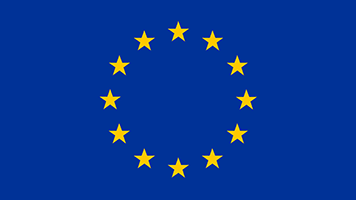 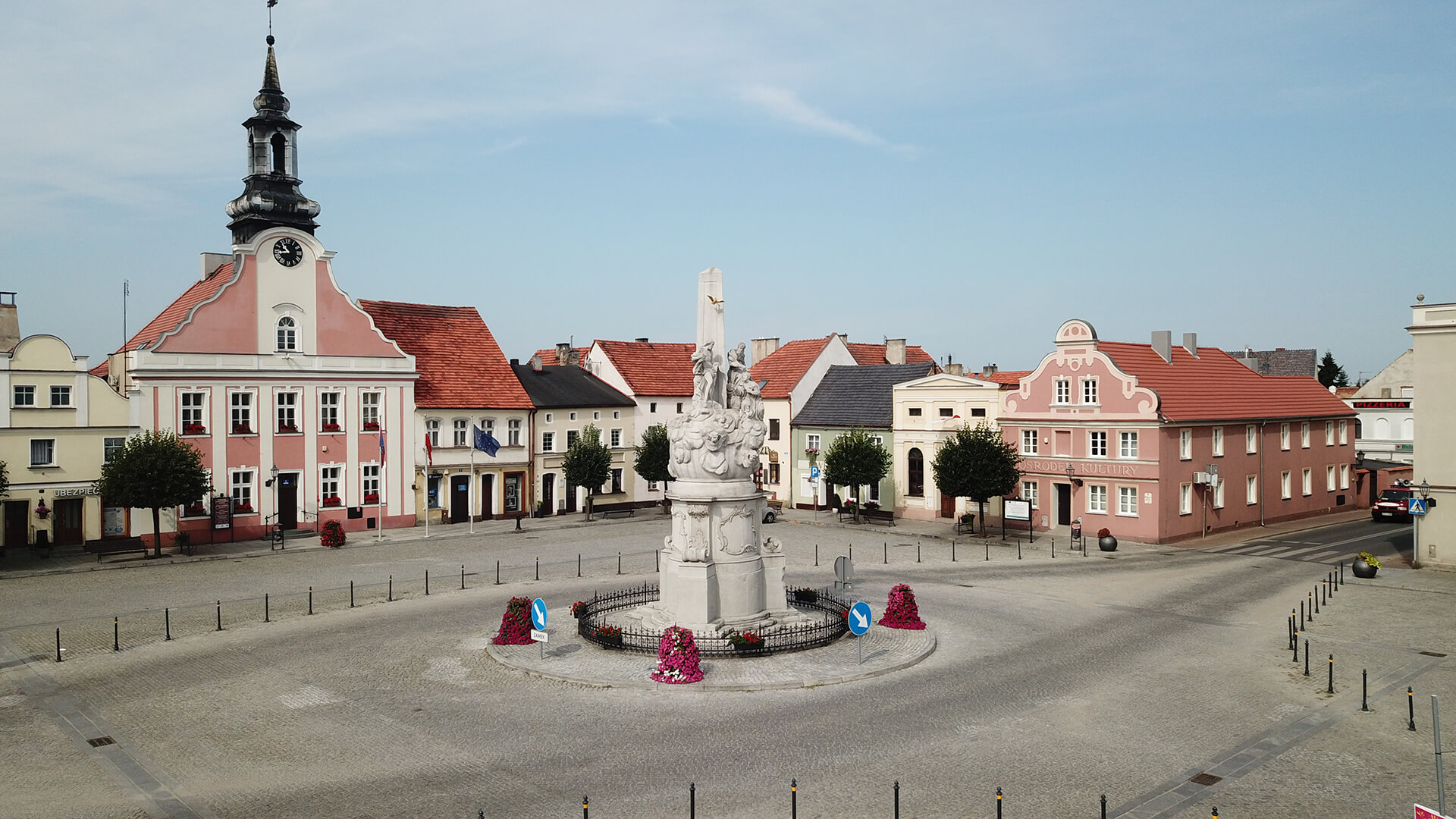 There are two reasons to Rydzyna , Greater town on the border of Lower Silesia regarded as the most interesting places in Poland.

Rydzyna as anywhere in the country has retained its baroque spatial arrangement , which is a harmonious composition of architecture and nature. The second peculiarity Rydzyny is an accumulation of so many historic buildings clustered in a small area of the town. In today Rydzyn is stored all of its centuries-old and colorful history.

City has been invested in the early years of the fifteenth century by John of Czernina knight , whose beauty has survived a tombstone in the local parish church. The intention of the owner was to become an important point of trade between Wielkopolska and Lower Silesia. In 1410, thanks to the efforts of John Rydzyński because of their city so took the name was transferred to the parish Rydzyny for the surrounding areas , the year before the town was granted favorable trade privileges for grain and cattle. History , however, has allocated Rydzyna to play a different role . Neither one owner Rydzyny nor his successors were able to significantly expand their city . It froze in the medieval form, in the sixteenth century, dominated by the fast -growing city Leszno . Material trace of the time of possession by Rydzyńskich city is the location of the town square , the parish church and the castle, which remained significant parts of the walls of the fifteenth century

At the end of the seventeenth century Rydzyna and estates belonging to the owners of the city passed into the possession Leszczynski , lords in Leszno. City life greatly revived , as it grew at the foot of the castle “factory” for the reconstruction of a medieval castle on a baronial mansion Rydzyńskich new owners. Produced brick, stone and wood treated . In Rydzyn settled many artisans , often foreigners. Developed local characteristics and trade. Around 1700, a resident Rydzyny Leszczynski was brought from Rome by prominent architect Pompeo Ferrari also settled here came from the Czech capable builder John Stier . Both of them , as ” citizens rydzyńscy “, erected valuable buildings in many areas of Wielkopolska. In 1704, the owner Rydzyny king Stanislaw Leszczynski was Polish . In these troubled times, the ongoing war in the northern Polish lands he lived mainly in the castle Rydzyn . City has seen the number go down there embassies and diplomatic missions , including from Hungary. Nearby Rydzyny Saxon and Swedish troops fought a major battle in history known as ” The Battle of Poniec ” . The war also affected the northern city directly . In 1707, was burned by the allied Russian army Saxony . It burned wooden buildings of the town , the parish church , it suffered a castle. In 1709 , the population decimated by plague Rydzyny , prowling the areas covered by the war. Epidemic that commemorates the figure of the Holy Trinity in the middle of the market. The only witness to the times before the fire in the town are Rydzyński castle walls

After the defeat of the Swedish army at the Battle of Poltava King Stanislaw Leszczynski emigrated , and his city, and took a good restored to the throne Polish August II the Strong . Reborn crafts and trade , aimed primarily to serve the local market. Rydzyński forests were heavily strained , because as noted , in 1715, had Rydzyna more than 60 new buildings. In 1718 was built a small wooden church parish , secured a wing of the castle burned . Twice he was in Rydzyn King August II , taking the castle message from Turkish ports and Russia. The Rydzyny convened to debate the Senate State.

A new chapter in the history of the city began in 1738 , when its owner was Alexander Joseph Sulkowski , who bought all the good king Stanislaw Leszczynski . As Leszczyńscy , allocated on Rydzyna and its castle on their main residence . AJ Sulkowski , former Minister of the Polish king August III , was known for his good management skills . Under his leadership very well developed city of Leszno , lying on the important trade route from Dresden to Warsaw. In the circle of its economic impact and Rydzyna found . Bloomed so milling , drapery and linen manufacture . In Rydzyn was the headquarters of the administration of goods. At that time, a large part of the inhabitants became a German-speaking population . Prince Alexander Joseph also took care of the appearance of their homes and the city. Imported from Legnica prominent architect Karl Martin Frantz rebuilt in 1707, destroyed the castle , erected preserved to this day parish church, helping people to build a new town hall . Broadcasting Rydzyn splendor baronial-style mansion dedicated its activities the son of Alexander Joseph, Prince August Sulkowski . In his time Rydzyna fully gained the appearance known today . The market as a central point of cut -axis viewing , north facade newly built closed to the public Protestant church , and to the south tower of the church does not currently exist . Perpendicular to the north-south axis marked ” perspective ” on the axis of the town hall tower , continued on through the park. Extensive courtyard of honor in front of the castle outbuildings semicircular buildings closed court . The architect Augustus Sulkowski , Ignatius Graff contributed to the architecture Rydzyny elements of classicism and its city plan of 1784 was regarded as a model example of an axial relationship with surrounding residences. During the reign of Augustus Sulkowski , a member of the National Education Commission , were initiated Rydzyny strong educational traditions . Brought by him priests led Piarists known in Greater boarding school . Statutes approved in 1775 Sułkowski regulations provided that, upon expiry of entail good for the family to be used for education .

In 1793, following the second partition of Polish Rydzyna was part of the Prussian state . After a long belonging to the county Kościan was then in the county Wschowa . The city had a population of 1593 inhabitants , there were 10 guilds, dominated millers , butchers and cobblers . At the same time there has been a collapse of the financial regulations heavily indebted Sułkowski . Many buildings permanently zniszczało , including church on a log . Rydzyny economic situation has not improved over time belonging to the Duchy of Warsaw ( 1807-1815 ) . The revival took place at the time belonging to the Grand Duchy of Posen . Around 1830, the city Rydzyna ceased to be privately owned by Sulkowski , in 1835 Rydzyński market crossed the highway from Poznan to Wroclaw Leszno , in 1856, led Rydzyny near the city connecting the railway line . After the administrative reform city was incorporated into the newly created county Leszno . In 1909, the last lord died without Rydzyński . The castle and estates , contrary to the statute took Prussian College School , then passing them Colonization Commission . During the First World War, the castle and outbuildings in the room was a camp for prisoners of war , the Russians and the French captured on the battlefield . As Leszno , Rydzyna was not covered under the Greater Poland Uprising .

The Treaty of Versailles, January 17, 1920 , the Rydzyna was part of the Republic of Poland Reborn . Its western regions in the village of Tarnow Meadow directly adjacent to the border with Germany. In 1921, the town had a population of Agricultural craft 1198 inhabitants. However, it has not lost its importance, as evidenced by the highest dignitaries visiting the state . In 1922, he was in Rydzyn Marshal Jozef Pilsudski , in 1925, President Stanislaw Wojciechowski , in 1928 President Ignacy Moscicki . Rydzyna widely glorified castle located in Middle and High School . Sulkowski , an experimental boarding school known for its very high level of education . School Director Tadeusz Łopuszański , former Minister of Public Education and Religious Affairs . The inhabitants of the city have become prominent professors and families who come from all over the country students . The presence of the school positively affected the life of the city . After the administrative reform Leszno district was established in 1928 in Rydzyn peripheral headman , and in 1934 , the municipality of peripheral Rydzyna . In 1934, the city turned to his area of ​​the castle grounds and the village had a population of 2300 inhabitants Timber , of which 34 % were German-speaking population . In 1937, the proportion of the population decreased to 24.6 %. In 1939 , the municipality Rydzyńska covered 11,565 acres and had about 4500 inhabitants. In late August 1939, the city was occupied by the soldiers of 17 Wielkopolska Cavalry Regiment and Defence Battalion ” Leszno .” At dawn on September 1 fell on Rydzyna first artillery shells . After fierce fighting , September 4th , the city was occupied by German troops. The period of over five years of occupation was marked by the residents Rydzyny especially numerous evictions from their farms and persecution. In Dachau died in 1940 arrested the pastor Rydzyński . In a log and Robczysku labor camps existed for more than 200 Jews. Castle after the destruction of equipment Gymnasium . Sulkowski in 1940 became the seat of the Internet site of the school educating young people in the spirit of National Socialism. Tragic was the last day of the occupation , when it ‘s displaying red and white flags were shot a group of young locals. Several hours later, after the Soviet invasion , the inhabitants Rydzyny saw a burning castle . 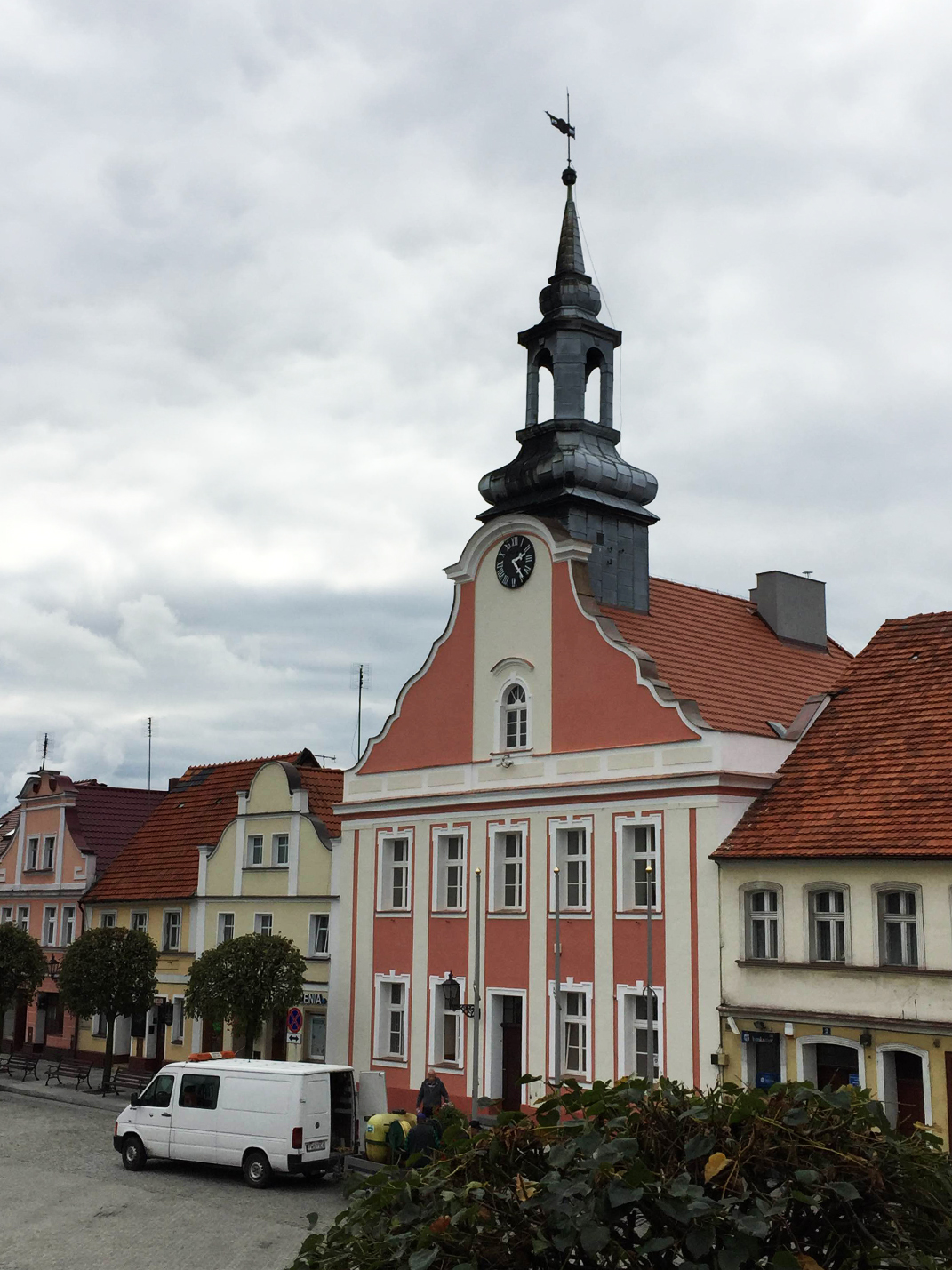